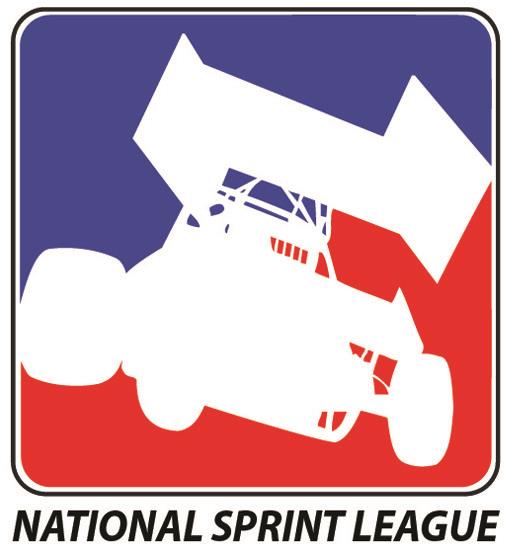 Windom, MN (November 25, 2014) – The first five drivers committed to the new National Sprint League are in. Drivers are already planning for 2015, and memberships are arriving at NSL headquarters in Minnesota. National Sprint League members receive the benefit of insurance, reduced pit passes, contingencies and more.

Brian Brown, Danny Lasoski, Ian Madsen, Terry McCarl and Dusty Zomer are the first five drivers in the books for the National Sprint League. The series, founded by Tod Quiring of Big Game Treestands will boast a $350,000 point fund, and a number of special purse events throughout 2015.

A look at the drivers alphabetically…

Brian, who will again pilot the Casey’s General Stores/FVP #21, finished up 2014 on top at the World Finals in Charlotte with his defeat of the Outlaws. The Grain Valley, Missouri driver’s 2014 season also included his first Knoxville Raceway 360 Nationals championship and his second win in a row at the Front Row Challenge at the Southern Iowa Speedway in Oskaloosa. Brian has finished second in the Knoxville Nationals for three years straight, and has two track championships at Knoxville.

Danny will be piloting the Big Game Treestands #2. The “Dude” from Dover, Missouri has four Knoxville Nationals wins to his credit. He was the 2001 World of Outlaws champion, and has wins at the Western World and California’s Gold Cup. He is the all-time leading feature winner at the Knoxville Raceway with 100. He is a nine-time track champion at Knoxville and a three-time Huset’s Speedway champion. He has over 375 feature wins to his credit.

Ian just wrapped up the 2014 Knoxville Raceway track championship in the KCP Racing #18. The St. Mary’s, New South Wales, Australia driver also picked up this year’s Capitani Classic at Knoxville. In 2013, Ian won the $50,000 Sydney Speedway Challenge in his native Australia. He also picked up his first career World of Outlaws win that year at the Deer Creek Speedway near Spring Valley, Minnesota.

Terry drives his own TMAC Motorsports #24. The Altoona, Iowa driver is a seven-time Knoxville Raceway champion, and eight-time Huset’s Speedway champion, where he is the all-time leading feature winner there with 95 victories. He has over 280 wins in his career at 62 different tracks. TMAC has won with seventeen different sanctions, including the World of Outlaws. He has the distinction of having WoO wins at the Knoxville Raceway, Eldora Speedway in Ohio, the Tulare Thunderbowl in California, Williams Grove Speedway in Pennsylvania, Volusia Speedway in Florida and several other venues.

Dusty will be in the seat of the Blazin’ Racin’ Buffalo Wild Wings #82 in 2015. Pairing up with the team late in the season, he grabbed two September wins, one at the River Cities Speedway in Grand Forks, North Dakota, and the other with the IRA at the Superior Speedway in Wisconsin. He was the Knoxville Raceway 410 Rookie of the Year in 2006, and since then has shown his versatility, qualifying for the Knoxville Nationals A main five times in four different cars. In nine seasons, he has never missed the top ten in Knoxville Raceway points, having finished in the top five on five occasions.

Drivers are encouraged to get their memberships in as quickly as possible, as the official website for the National Sprint League is close to being launched as well!