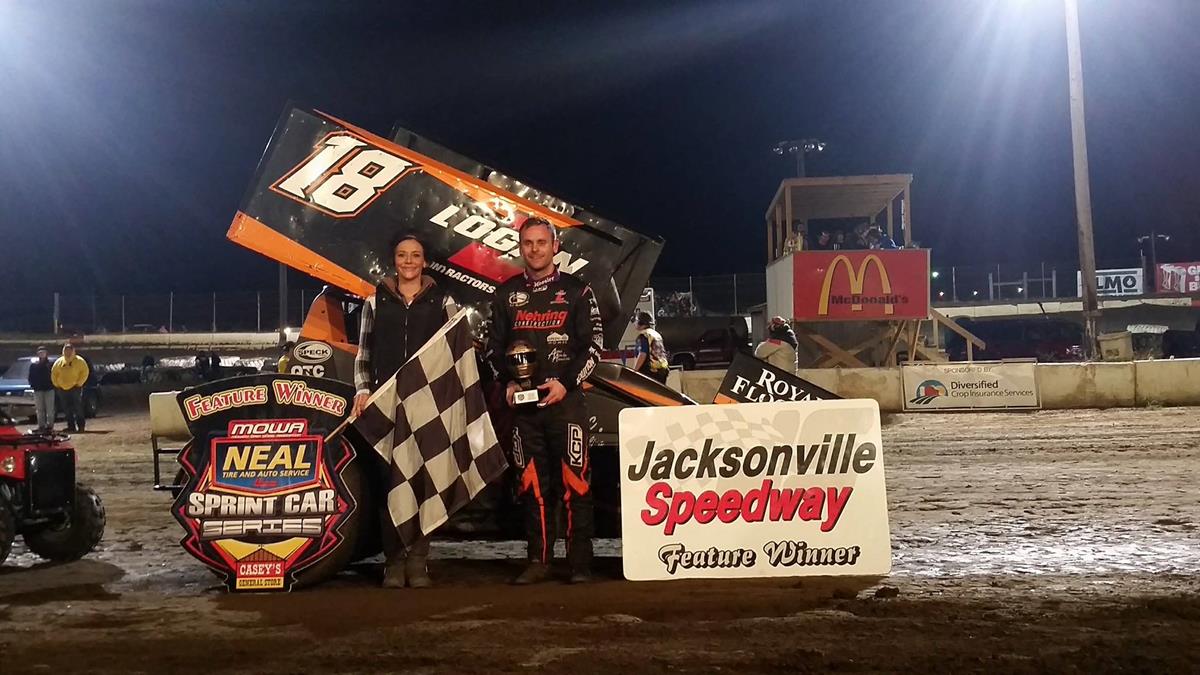 PETERSEN MEDIA- Competing with the Midwest Open Wheel Association over the weekend in Jacksonville, IL, Ian Madsen and the KCP Racing team score their 10th win of the season on Friday night before a mechanical issue in their heat race on Saturday night dashed the team’s hopes of a sweep.

“It was great to get back in victory lane,” Ian Madsen said. “I thought we had a really good shot to sweep the weekend, but a heat race issue forced us into the B on Saturday.”

Taking to Jacksonville Speedway in Jacksonville, IL, Madsen would kick the weekend off on Friday night as he would time in third fastest in qualifying time trials. A strong showing during heat race action would see the former Knoxville Raceway track champion score the win and move directly into the opening night feature event.

Find himself on the front row of the feature event, Madsen was hard on the throttle when the field was shown the green flag. Jumping into the early lead, Madsen was masterful on the racy bullring.

Keeping all challengers at bay, Madsen would go on to claim his 10th score of the 2016 season.

Returning to the speedway on Saturday night, Madsen would again lay down a great lap in qualifying time trials that saw the St. Marys, NSW driver time in third quickest for the second consecutive night.

Getting into the second spot during his heat race, Madsen would experience a mechanical issue that forced him into the pit area and eventually into one of the twin ‘B’ main events.

Starting scratch on the field in his semi, Madsen was up to the challenge on the extremely slick surface working his way to the fourth and final transfer position.

Lining up in the last row of the feature event, passing would prove to be extremely difficult, as rubber would go down early in the contest. Able to make some things happen, Madsen would be one of the only drivers to work his way forward as he worked from the 10th row to finish in the ninth position.

“If we finish that heat race we are on the front row, and in a really good spot,” Madsen added. “Unfortunately we had some bad luck, and had some work to do. With the rubber going down early it was tough, but these guys did a great job of giving me a car that I could move forward in.”

ON TAP: Ian Madsen and the KCP Racing team will be in action with the World of Outlaws Craftsman Sprint Car Series this weekend as they invade Lakeside Speedway on Friday night and Salina Highbanks Speedway on Saturday night.