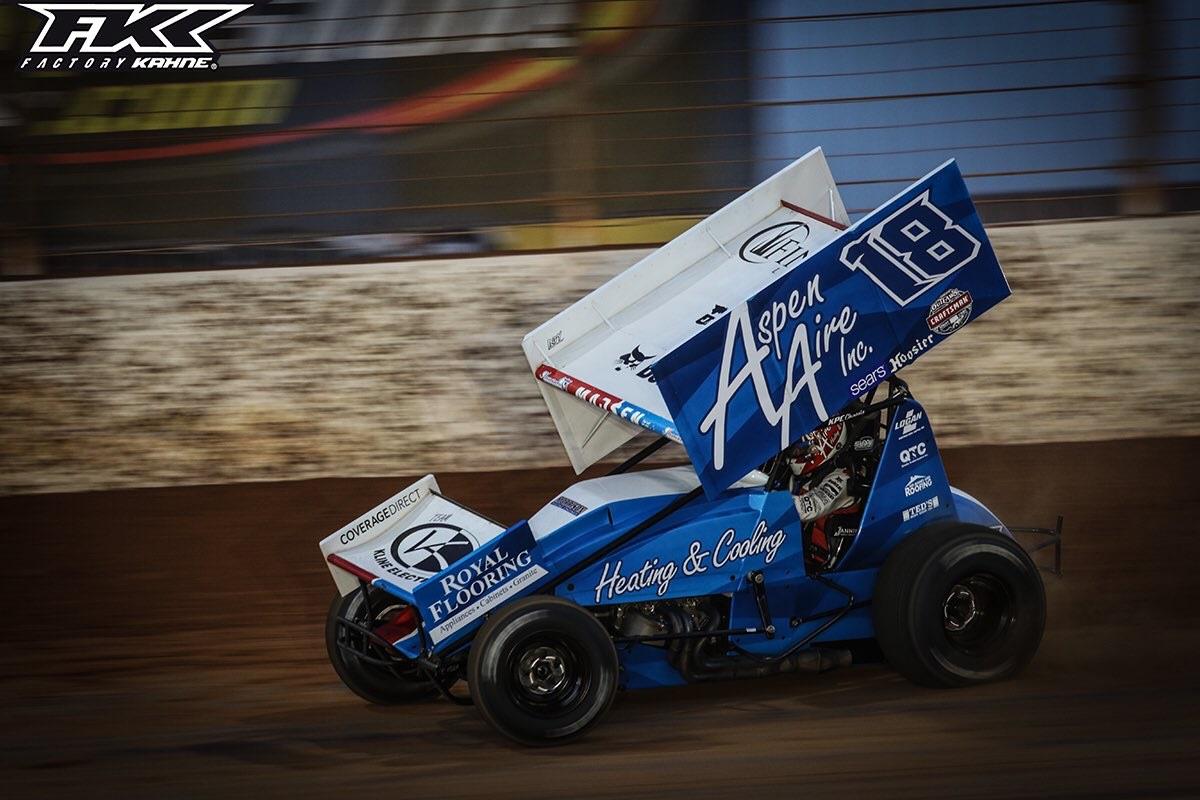 PETERSEN MEDIA- Ian Madsen and the KCP Racing team got one final weekend of racing in for the 2017 season and that was during the World Finals in Charlotte, NC where Madsen had a very strong Friday night that saw him finish second.

“It was a good weekend to end our year on ,” Ian Madsen said. “We timed in really well for both night during time trials on Thursday night, and Friday night we had a car that was capable of winning, we just had a caution fly at an inopportune time.”

Friday night things got off to a great start for the team as Madsen was able to advance from his second row starting spot in his heat race to claim a second place finish and punch his ticket into the all important Dash.

With the draw going his way, Madsen would line up on the pole, pick up the win, and lead the field to green for the 30-lap World Finals opening night feature event. When the race came alive, Madsen would fall back as Bill Balog jumped out to the early lead.

Schatz would set a torrid pace but as the laps clicked down Madsen seemed to be a little better as he closed in on the leader lap after lap. In front of a near capacity crowd, Madsen would approach the rear bumper of Schatz with seven to go and as it looked like things would get interesting the yellow flag flew on the 25th lap.

The final five laps would see Madsen chase after Schatz but his night would end with a second place finish.

Back in action for one final race in the US for the season on Saturday night, Madsen would take advantage of his front row starting position in his heat race as he raced his way to the win and again earned a spot in the Dash.

Not being as fortunate in the dash draw, Madsen would pull the five and end up finishing sixth which placed him in the sixth row of the final feature event of the 2017 season.

On the fifth lap of the race, Madsen would get involved in a tangle in turns three and four and it would force him to the back of the pack that was made up of 28 cars on this night.

From the back of the pack, Madsen would stay calm and patient as he still had 25-laps to move forward.

Racing wheel to wheel with a stout field of cars, Madsen would end the 2017 season with a 20th place finish.

“Saturday wasn’t the way we wanted to end the year, but we just were in the wrong place at the wrong time battling for a spot up front,” Madsen added. “I just want to thank all of the guys, and all of our sponsors for all of their hard work and support this year.”