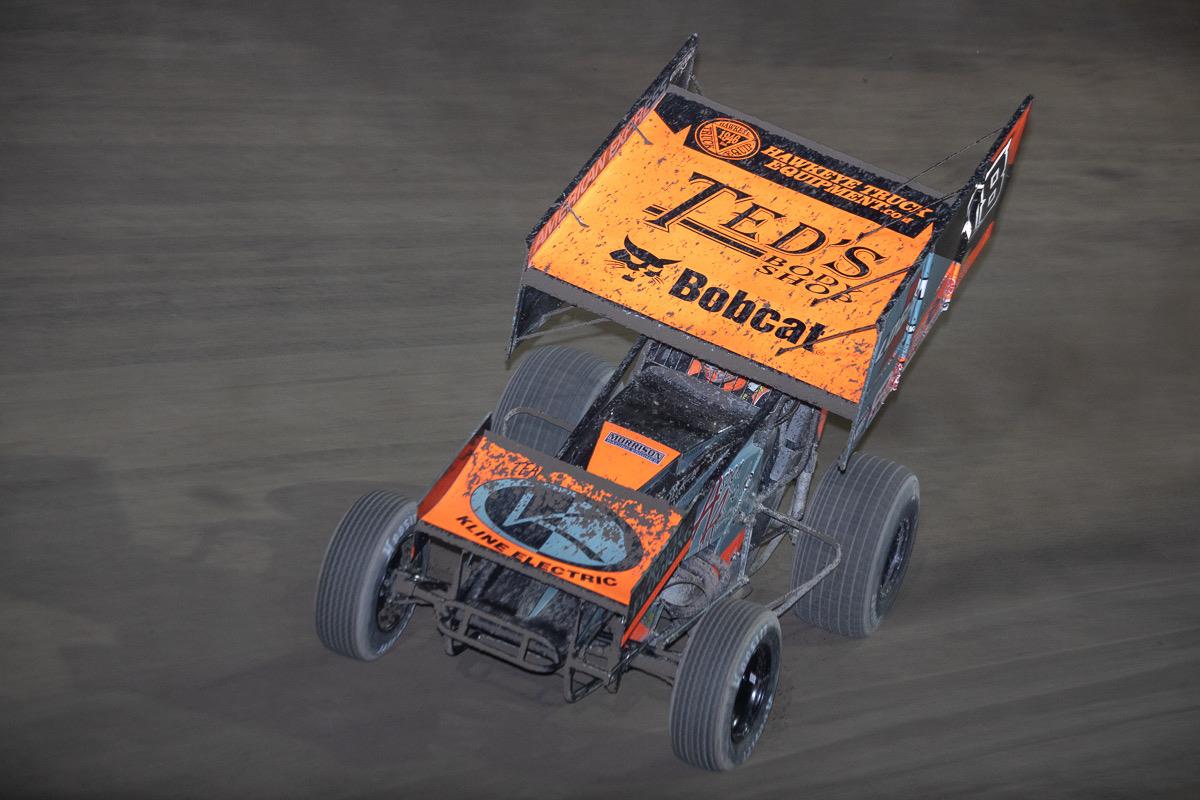 PETERSEN MEDIA- Quickly putting a tumultuous Friday night at Eldora Speedway behind them, Ian Madsen and KCP Racing put together a very strong Saturday night at Lernerville Speedway that saw them take home a fourth place finish at the Commonwealth Clash.

“Friday night was a struggle, but my guys put it behind us and focused on Saturday and we had a really good night which was a great way to bounce back,” Ian Madsen said.

Picking up the win during heat race action, Madsen moved into the Dash where a fourth place finish put him in the second row to kick off the 35-lap feature event.

When the race came to life, Madsen would jump into the third position as he battled with Shane Stewart and chased after the lead duo of Brad Sweet and Donny Schatz.

Slipping back to fifth on an early restart, Madsen would soon get back by David Gravel to take over the fourth spot, as it would turn into a three car battle for third as they closed in on Stewart.

As the field shuffled out, Madsen would settle into fourth until Sheldon Haudenschild would get by him late.

Still running in the Top-5, Madsen would close in on Haudenschild for the fourth position late in the race. A couple laps of hard fought racing would see Madsen get the position as he capped the night off with a fourth place finish.

“Really proud of the guys for staying focused and really giving us a great car all night on Saturday,” Madsen said. “Aside from Eldora we have been really consistent in the Top-5 and hopefully we can pick up a win or two in the next month before our season ends.”

ON TAP: Ian and the KCP Racing team are set for Williams Grove Speedway this Friday and Saturday night.