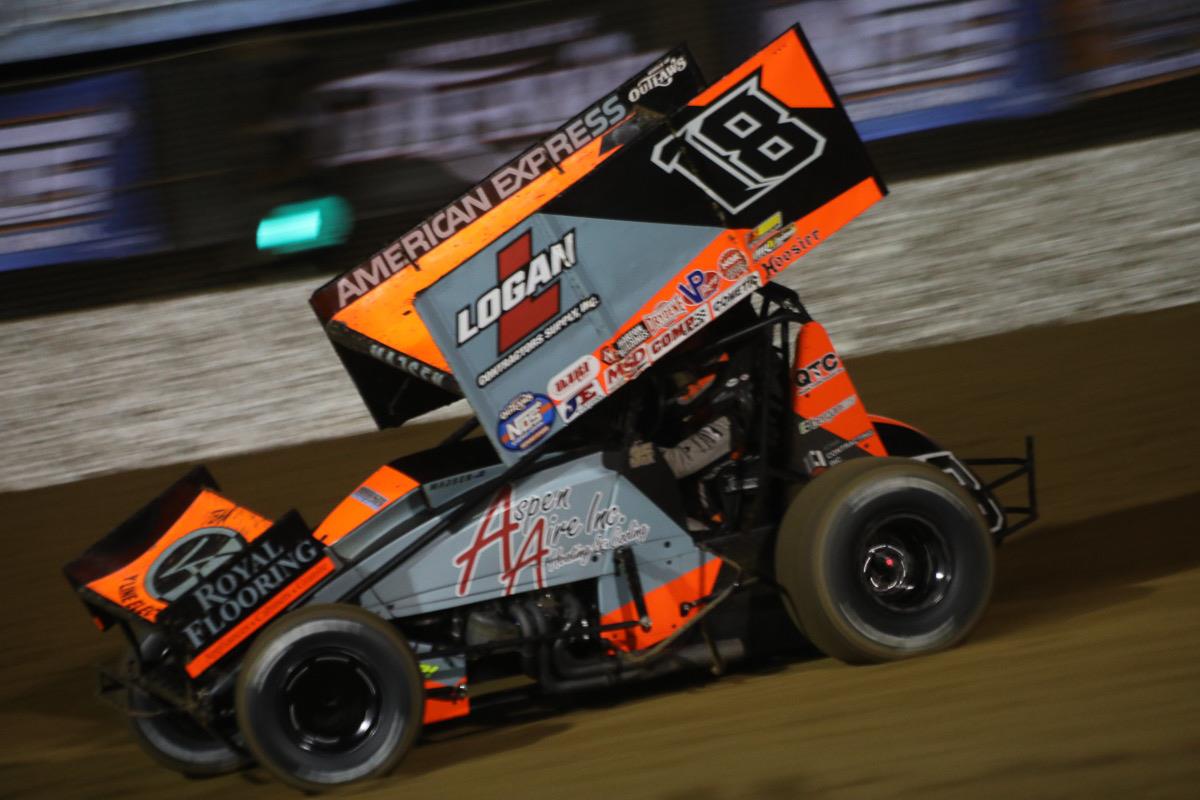 PETERSEN MEDIA- After shredding a tire on Friday night at Lakeside Speedway, Ian Madsen and KCP Racing would come back to finish 13th on Saturday night at the Jason Johnson Classic.

“We had pretty good speed all weekend, we just cut a tire late on Friday and Saturday night we battled around the Top-10 and ended up 13th,” Ian Madsen said.

Timing the Logan Contractors Supply Inc/Aspen Aire/Royal Flooring backed No. 18 in sixth fastest in time trials, Madsen would end up finishing third in his heat race.

Transferring into the feature, Madsen would take the green flag from the ninth starting position in a race paying homage to the late Johnson.

Battling for position around the Top-10, Madsen would slip back a little as he dropped back to finish 13th when the 41 lapper drew to a close.

Friday night at Lakeside Speedway, Madsen would time in with the fastest lap in qualifying time trials before racing his way to a heat race win.

Qualifying for the Dash, the St. Marys, NSW pilot would again find himself with the seven pill in the Dash draw as he lined up from the fourth row. Finishing seventh, Madsen would roll off the starting grid in the seventh position.

Working around the Top-10 on this night, Madsen’s night would take a turn with a few laps left the race as he cut a right rear and was relegated to a 19th place finish.

“My guys keep working hard, and we continue to show speed,” Madsen said. “We will keep at it, and continue to try to get this car bac in victory lane for our partner.”

ON TAP: Ian and the KCP Racing team are set to return to PA this weekend where they will be in action at Port Royal Speedway.